Taking Basic Income beyond the market: The Unconditional Autonomy Allowance

“Gears” by Eric Drooker. A collection of the artist’s works can be seen at ericdrooker.com.

French Social Theorist André Gorz predicted that as technology rendered a growing portion of living labour increasingly superfluous to the production of commodities, the state would have to begin paying people to consume, independently of their participation in the labour market, in order to ensure the stability of the system. That is the logic behind the massive expansion of credit in our era, and it is also one of the driving forces behind the proliferation of what anthropologist David Graeber calls “bullshit jobs” — everything from telemarketers and PR flacks to corporate lawyers and lobbyists. And it may ultimately prove a propellant for the inauguration of some form of unconditional Basic Income in hyperdeveloped capitalist countries. As Erik Olin Wright has observed, a Basic Income would solve a number of problems facing capitalism, one of which is to stabilize the consumer market.

The prospect of shoring up consumer capitalism by strengthening effective demand is not, however, what the radical Left generally finds appealing in the prospect of an unconditional Basic Income. On the contrary, a guaranteed income at a level that would afford people a frugal but dignified living is considered by many a potentially revolutionary reform that lays some of the groundwork for a movement beyond the market society by freeing people, at least to some extent, from the tyranny of the labour market through the decoupling of work and income.

As Gorz argued, industrial capitalism had sundered work and life. “No longer is work a way of working and acting together, no longer is the workplace a place of life, work time a reflection of seasonal and biological rhythms. Money in the form of profits and wages is the overriding goal of every activity, rather than pleasure or satisfaction. The triumph of market relations over relations of reciprocity, of exchange value over use value, has impoverished our lives and abilities” (Paths To Paradise, South End Press, 1985 p. 49).

But to what extent does unconditional Basic Income, as a simple transfer of money in the form of a monthly cheque, undercut the dominion of market relations? How far does it go toward restoring relations of reciprocity and the reign of use values? Not far enough, at least for the advocates of the Unconditional Autonomy Allowance (UAA).

The UAA is an approach to Basic Income developed by members of the French wing of the degrowth movement in the short book Manifeste pour une Dotation Inconditionnelle d’Autonomie (Les Éditions Utopia, 2013). The authors, including 36-year old engineer Vincent Liegey, the spokesperson for France’s degrowth political party, see Basic Income as a necessary tool to combat social inequality and reduce the centrality of wage work in our lives, but they fear that it may become “a palliative measure for a sick society, that will only address some marginal symptoms (inequalities, exclusions) without addressing the root of the problem: productivism, capitalism, consumerism, and in general the absurdity of a Growth society.”

To avoid that trap, Liegey et al. outline their proposal for a UAA. Like unconditional Basic Income, the UAA is a taxable income granted to everyone equally regardless of labour force participation. The critical difference, however, is that the UAA would not be disbursed solely as a cash transfer in the national currency but also in the form of local money, alternative services and what the authors call “drawing rights” (droits de tirage), a concept which appears to have originated with a report to the European Commission spearheaded by French labour law specialist Alain Supiot. Published at the turn of the millennium, the study grappled with the effects of labour market flexibilization and the erosion of the standard employment relationship in Europe, exploring ways to adapt social insurance to the new realities and support involvement in non-remunerated activities by enabling people to move in and out of the labour market. It explored the possible establishment of a voucher system through which people could choose to reduce their working hours, for instance, and take various kinds of extended leave for the purposes of studying or caring for children or infirm relatives.

The UAA authors build on the idea of a voucher system with a view to enabling people to engage in a wide variety of freely chosen non-market activities by providing free access to certain resources (energy, water), public services (health, education) and goods (housing, food) as a share of social wealth to which everyone is entitled. (It is worth noting here that this idea of Basic Income as a dividend deriving from the social production of wealth and the social investment in technology clearly demarcates Left approaches to the policy: it is framed as a universal right, not a grudging concession to the disadvantaged.)

They discuss drawing rights as part of a larger project of urban ecology involving rural revitalization, densification of cities and decreasing dependence on fossil fuels. The UAA would serve to support citizen initiatives aimed at reappropriating land and urban space. As an example, the right to housing might be conceived as free access to a minimum square footage, with any amount exceeding that level to be purchased at the market rate (within the confines of a democratically regulated market). It would entail renovation and retrofitting of older housing stock and the appropriation of additional housing stock by reclaiming vacant buildings from the grip of speculators. It would also involve greening urban space through the development of collective gardens and food belts linking rural and urban areas. Short distribution channels and a lively local economy could be built up with the help of local currencies and alternative services, such as self-managed workshops dedicated to the repair and recycling of existing goods.

The drawing rights on energy and natural resources would be designed to reward sustainable consumption and discourage waste. For example, there could be free access to a certain number of kWh of electricity and cubic metres of water, but beyond that the prices would rise so as to penalize waste. It is preposterous, Liegey et al. remark, that there is no difference between the price of water used to meet basic household needs and water used for washing a car or filling a private swimming pool.

They also stress that key decisions about allocation of resources — how much water, food, or energy should be considered a right and at what point it should be a taxable market good — must be the object of democratic deliberation. The point here is to begin asking questions about our individual and collective needs and wants, which have been deeply shaped, both deliberately and indirectly, by consumer capitalism with its hierarchical management system and vast marketing apparatus.

UAA supporters place a great deal of emphasis on restoring democracy by creating the material conditions for an active citizenry. When people’s minds are not monopolized by wage labour, they are freer to participate in meaningful ways in collective decision- making processes.

The UAA is thus intended to go beyond the sole aim of redistributing wealth and income in order to lay the foundations for a transition to a degrowth model where the goal is not to increase the quantity and value of goods and services to be exchanged on the market (regardless of how and under what conditions those goods are produced, what ends they serve or the perverse effects of that activity on the biosphere), but rather a downscaling of production and consumption — one that is freely chosen for the benefits it offers of liberation from the tyranny of the market and the innumerable social and environmental ills of capitalism. One of the main goals of the UAA from a degrowth vantage point is to allow people to “cease spending their lives producing useless things to be sold to other people who don’t need them. …”

As an integral counterpart to the UAA, the authors propose the implementation of a democratically determined maximum wage to combat the absurd pay gaps that exist today, whereby executives receive hundreds of times the compensation of average workers. At 206 to 1, Canada’s pay ratio is among the highest in the world. (The idea of limiting the pay gap is now widely discussed in the global North, and was even the object of a referendum in Switzerland in 2013, where voters were invited to consider implementing a 12 to 1 pay ratio; it garnered the support of just shy of 35 per cent of voters.)

The UAA proposal has resonated with the outlook of some radical Left thinkers in other French-speaking societies. For Québec degrowth philosopher Louis Marion, for instance, a basic income in the form of a cash transfer alone reinforces the monetarization of the world and the individualism it engenders. Marion invokes arguments similar to those of sociologists such as Georg Simmel, who maintained that by facilitating indirect exchange, money favours impersonal social relations and acts as a solvent on social ties. For Marion, a basic income in exclusively monetary form cannot foreshadow a genuinely Left alternative to capitalism because the exercise of individual freedom remains purely formal insofar as it is contingent on having money. “By contrast the UAA moves us beyond the market because it is based in part on ensuring free access to basic goods and services such as housing, food and transportation, thus promoting use value over exchange value. Moreover, by expanding the role of alternative currency, the UAA encourages informal production and the relocalization of the economy.” 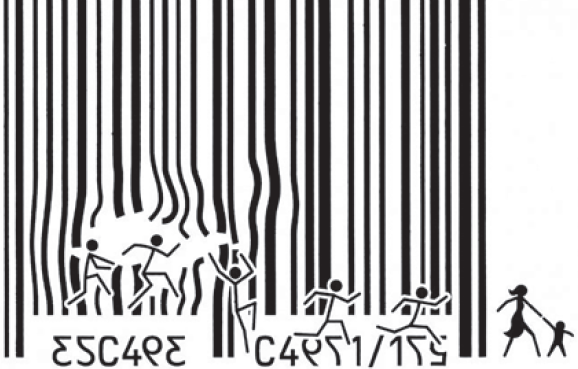 The UAA also answers the objection raised by Vida Panitch, among others, that far from having a decommodifying effect, basic income, when accompanied by downsizing public-sector service provision, actually reinforces the dependency of people on the market as they will be compelled to rely on it to meet more of their needs. In her view, what Basic Income may achieve in freeing people to some extent from dependency on the labour market, it negates by commodifying their basic needs. In the case of the UAA, however, the incorporation of social drawing rights ensuring free access to goods and services is aimed precisely at decommodifying basic needs.

Naturally, all the usual objections to Basic Income schemes can be applied to the UAA — Is it affordable? How can it be financed? Won’t it promote loafing? — undoubtedly with additional charges of utopianism and unworkability levelled against the proposals for social drawing rights, the use of alternative currencies and the maximum wage. Like Basic Income supporters, UAA proponents stress that the technical difficulties of financing the UAA are not an insuperable obstacle, provided the political will exists. Liegey et al. enumerate various methods of funding a UAA, all of which hinge on a very different balance of forces than that which prevails today: cancellation of the portion of the debt deemed illegitimate, a tax on speculative transactions, the abolition of tax havens and full or partial nationalization of the banks, among others.

Many of the proposals outlined in the Manifeste pour une Dotation Inconditionnelle d’Autonomie presuppose a prior shift away from the capitalist market economy, and the UAA authors, to their discredit, fail even to broach the problem of getting from here to there. But the general concept of a partially demonetized Basic Income disbursed in the form of vouchers for goods and services in addition to cash amounts in both national and local currencies is an interesting angle on Basic Income that warrants further consideration as a roadmap for how to “free our time and minds from subjection to capitalism” while moving in an ecologically sustainable direction.

This article appeared in the Summer 2016 issue of Canadian Dimension (Basic Income).