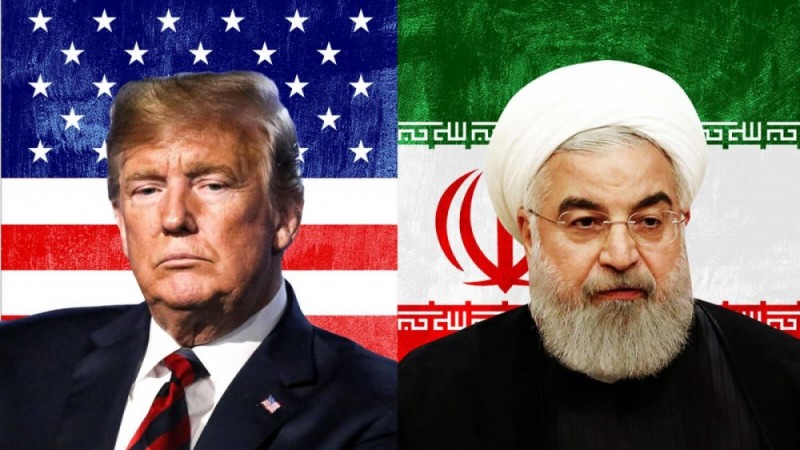 Trump’s assassination of Iran’s general and senior diplomat, Qassim Suleimani, was a clear provocation by the United States, designed to produce an escalated military response by Iran. That did not happen. Iran did not take the bait. It responded minimally and appears to have done so in a way to avoid US deaths or even major US asset destruction.

If Iran had escalated militarily, which it was capable of doing, it would have fallen into Trump’s trap. Trump was prepared to unleash a greater military response on Iran. He would have had his ‘war’; a grand distraction from his pending impeachment trial, as well as a major boost to his political base in the current election year.

Trump Is Baiting Iran to Escalate

Had Iran taken the bait, Trump would also have been able to bypass the War Powers Act before militarily escalating. The Act allows an unlimited and immediate US attack on an adversary that has attacked US forces. Up to now, Trump has had to explain to Congress, especially the US House of Representatives, why he had assassinated Suleimani in the first place. That was clearly an ‘act or war’ according to international law. And Trump had bypassed Congress before doing so, which the Act and prior precedents have required. A major Iran counterattack on the US would have put the issue of Trump’s bypassing the Act by assassinating Suleimani (without consulting Congress) to bed. The new escalation and conflict would have become the center of debate in the US—not the assassination and how Congress was bypassed and ignored.

Iran’s missile launch on December 8 against two Iraqi bases, one of which reportedly hosted no US forces, was clearly a measured and minimal response. It appears the missile launch may have been purposely designed to do minimal damage even to US military assets. That no photos of any damage have been released by the US suggests there wasn’t much. And no US forces were killed. Either Iran’s missiles and targeting are worthless, or Iran purposely intended minimal, or even no, effective damage.

Trump therefore trotted out before the cameras and declared a ‘victory’ in the exchange: a successful assassination in exchange for a dozen missiles that largely missed their targets and did no damage. In other words, Iran had done little in response to the US assassinating its leading general. Trump got to look tough to his political base at home after engaging in a foreign policy adventure, as the 2020 election is set to take off.

But the neoconservative assault on Iran is not over. As John Bolton tweeted recently, the US was planning to assassinate Suleimani for some months and had its plan ready to go. It just now pulled the trigger. Trump and the US were escalating the conflict steadily throughout December, as the US launched attacks on Iranian militia bases in Iraq, provoking the desired response of the militia assault on the US embassy in Baghdad. Trump in turn escalated the confrontation by assassinating Suleimani. Time will reveal what happened between the period of the US’s successful provocation of the militias and the subsequent assassination.

Congratulations to all involved in eliminating Qassem Soleimani. Long in the making, this was a decisive blow against Iran's malign Quds Force activities worldwide. Hope this is the first step to regime change in Tehran.

As the election year in the US continues, Trump will almost certainly replay this Iran provocation card again. It has proved successful thus far. Iran is in a box: if it responds minimally, Trump declares a short term victory and looks good to his base in an election year; if it responds in kind militarily, Trump gets an even bigger distraction, both from the impeachment and all the growing concerns about his personal instability coming to the fore in the election season. A major war with Iran will rally support and push all other issues and Trump policy failures to the background. Trump will therefore undoubtedly resort once more to a major provocation, or even several, before the election.

Iran knows it is Trump’s foreign policy punching bag. It has been since Trump came to office. More blows against it are likely yet to come.

Iran’s Response: Past and Future

Iran has responded minimally to date. No doubt it will publicize and declare domestically that its missiles did great damage and more is to come to drive the US out of the Middle East. But that’s for domestic consumption. Iran’s strategy is to wait out the Trump presidency, and to continue to use its refusal to escalate as evidence to the Europeans and the rest of the world that it is the sane party. Why? Iran wants Europe to continue to trade with it, and to buy its oil. More importantly, it wants Europe to implement what it had suggested with regard to establishing a more independent international payments system.

The current system is called SWIFT, and is controlled by the US and US banks. With SWIFT the US can see who is complying with its sanctions on Iran (or sanctions on any other country). SWIFT is a key institution for US imperialism globally, along with the dollar (the global trading currency), US control of the IMF, and its overall influence on global money flows and interest rates. Europe and Iran had been discussing setting up an independent international payments system, called INSTEX. The Europeans have been balking, however. Trump has been threatening them with sanctions should they do so, or should they install 5G wireless systems by China’s Huawei, or move forward with new Russian gas pipelines in the Baltic sea, and so on.

In the 21st century, especially since the financial crisis of 2008-09, the US has been increasingly aggressive toward allies and adversaries alike as its global economic hegemony has begun to deteriorate. Thus, we have seen tariffs as a more frequent foreign policy tool, and belligerent actions designed to destroy the economies of opponent nations such as Venezuela.

Should Europe and Iran establish the alternative INSTEX payment system, it would mark a major blow to global economic reach of US economic imperialism. Such an alternative payments system would likely be joined quickly by Russia, China, and others.

Iran is therefore keeping an eye on a possible agreement with Europe on such an alternative payment system that would enable it to avoid US sanctions. The US would then have no alternative but to blockade Iranian shipments physically. This, of course, would be another act of war according to international law.

Iran had much to lose, in other words, by escalating the recent military conflict with the US. And it didn’t fall for Trump’s provocation. Not yet. Its minimal response in recent days has made it impossible for Trump to escalate further, in turn, and unleash a greater US military conflict with Iran. Trump may have gained a propaganda victory in an election year with his base, but his inability to escalate still further means he won’t get his big distraction from his upcoming impeachment trial. Nor will he be able now to bypass the War Powers Act or smother the charge he has already ignored the Act’s limits by unilaterally assassinating a foreign government representative without consulting Congress first.

Every time Iran does not escalate, Trump can declare a partial victory and look tough on foreign policy. Should Iran finally escalate in turn, then Trump has his excuse to intensify his military response.

Provoking Iran is all about the 2020 election. Trump is just one figure in the tradition of a long line of US Presidents (or would be-presidents), facing election or domestic troubles, who choose their own careers over war and the death of others: from Lyndon Johnson (Vietnam), to George H. W. Bush (Panama, first Gulf War), Bill Clinton (Bosnia), George W. Bush (Iraq), and Hillary Clinton (Libya). None of these countries constituted a strategic threat to the US, but all of them became convenient targets to help them advance their political careers.

Dr. Jack Rasmus is the author of several books on the USA and global economy. He hosts the weekly New York radio show, Alternative Visions, on the Progressive Radio network, and is shadow Federal Reserve Bank chair of the ‘Green Shadow Cabinet’. He also served as an economic advisor to the USA Green Party’s presidential candidate, Jill Stein, in 2016. He writes bi-weekly for Latin America’s teleSUR TV, for Z magazine, Znet, and other print and digital publications.