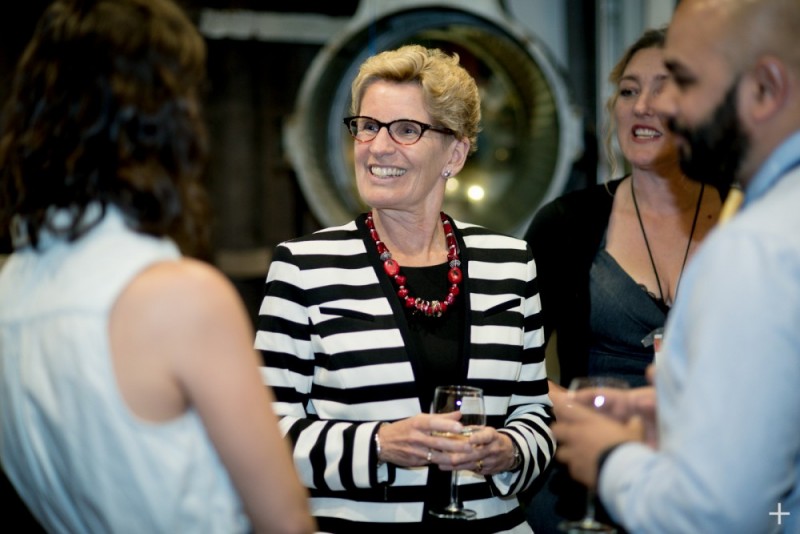 Laura Bardeau had bedbugs and lost all of her furniture. A single mother with two children, trying to survive on social assistance, she applied for emergency housing support from the City of Toronto’s Housing Stabilization Fund (HSF). In doing so Laura was one of over 30,000 people annually who try to access this fund. As per her eligibility, Laura requested the maximum $1500 the City allots for replacing necessary furniture. That was in April. Much to her surprise, she was denied; not once, but twice. The City told her she made too much money and should have the resources to pay for furniture herself.

Laura’s sole source of income comes from the Ontario Disability Support Program (ODSP) and Child Tax Benefits. Since Laura and her kids have health conditions requiring a special diet, they are provided some additional money per month for food. Much like all households on social assistance, they are forced to live well below the poverty line.

After a two month-long fight with the City that included a public call/write campaign and a mass delegation to City Hall, we at the Ontario Coalition Against Poverty (OCAP) were able to win the Bardeau’s $1100 in June. However this was still $400 short of what Laura was eligible for. The fight continued and this past week we were successful in forcing the City to relent and grant Laura the full $1500. Additionally we forced the City to turn over its secret HSF adjudication policy. Up until now, people who apply for the HSF were given vague denials and because they didn’t know how the HSF was adjudicated, were unable to properly appeal the decisions.

When she was first denied, Laura, like all of us at OCAP who she turned to for help, couldn’t comprehend how someone in Laura’s position could be denied access to an emergency housing fund on the grounds that she had “income in excess.” Once we got a hold of the policy, however, it became clear how it was that so many people were being denied the HSF who clearly needed it and who qualified, according to the City’s website.

We found that Toronto’s social services bureaucracy has created a formula that ensures that almost all of the money that people get to raise their kids (which is separate from social assistance), for medically necessary special diets, and for service animals is counted as being “in excess.” Indeed, while it would stand to reason that the more kids you have means you have greater furniture needs, the policy ensures that the amount you are eligible for goes down with every child. The policy blatantly discriminates against disabled people and families.

Because the HSF is a finite fund, these discriminatory policies help the City solve its budgetary limitations. The Bardeau’s situation is a microscopic example of the real life consequences of austerity at both the municipal and provincial levels. Four years ago, the Ontario Liberal government delivered a critical blow by implementing the largest cuts to social assistance benefits since 1995. This included the elimination of the Community Start-Up and Maintenance Benefit (CSUMB) which was used by close to 200,000 social assistance recipients a year to pay for emergency incidental housing needs. Other cuts included reductions in health-related benefits for things like dental emergencies, eye-glasses, funerals and burials. The cuts amounted to a total of $133-million withheld from Ontario’s poorest people. The move was widely criticized by anti-poverty groups, legal clinics, health providers and community agencies alike.

The CSUMB, which at $110-million formed the biggest chunk of the cut, was halved and downloaded onto municipalities to administer. The result is a patchwork of local municipal funds, each administered under different criteria, and with many local governments choosing to not provide any funds similar in function to the CSUMB. Also lost was the ability of applicants to appeal decisions made by workers to the Social Benefits Tribunal, thereby allowing the arbitrariness and discrimination in Toronto’s policy to go completely unchecked. The Liberals justified the cut by highlighting savings, while at the same time touting major corporate tax reductions.

Today, Ontario’s Premier Kathleen Wynne touts herself as the “social justice Premier” while intentionally letting social assistance rates be eroded by inflation. Additionally, her government has orchestrated processes to claw back money people receive to purchase incontinence-related supplies and is increasing attempts to kick disabled people off of disability assistance altogether. Taken together, these and other changes to social assistance amount to what anti-poverty activists call “invisible austerity.”

These creeping cutbacks insidiously attempt to get people acclimatized to growing indignities. Unlike the Conservative approach that is often blatantly antagonistic to the poor, the Liberals care about their image. They want to appear friendly while implementing policies that originate from the same neoliberal logic. The result in either case is the further erosion of people’s material living conditions, which are already dire in case of social assistance recipients. This is why the struggle around the HSF assumes such critical significance. It is not merely an attempt at registering dissent but a battle to win tangible victories that can build the capacity of our communities to resist. The success of anti-poverty struggles across Canada today depends on our ability to effectively expose and challenge Liberal double-speak.

The reality of austerity is often talked about in terms of the millions of dollars cut from social spending. Too infrequently do we actually talk about the impact on real people who bear the brunt of these cuts. Laura and her two kids are three of the thousands of people who daily face the consequences of the Liberal government’s decision to gut social assistance. Laura fought back and won, but as she said at the rally OCAP organized with her at Toronto City Hall on June 15, “We need to stand up for all people, not just for me and my boys but for all families who have been denied.”

AJ Withers and Yogi Acharya are both organizers with the Ontario Coalition Against Poverty (OCAP), a poor people’s organization working in the downtown east end of Toronto for over 25 years.

This article originally appeared on SocialistProject.ca.